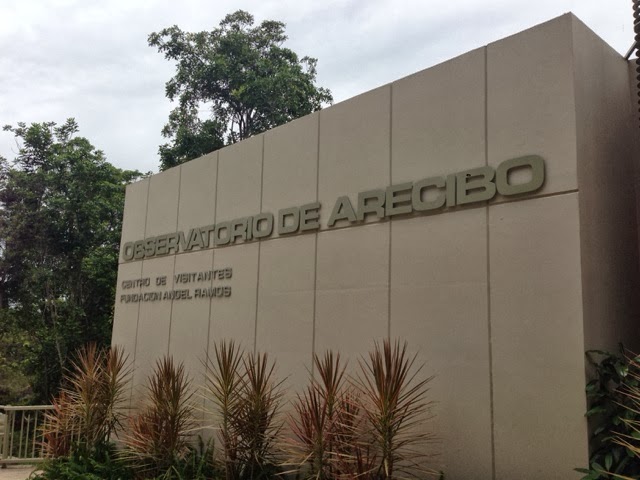 Today was mine! I finally got to pick the adventures! We started out at 8:00am. We made Liam and Madison sit in the way back of the truck. You would think I took their cellphones away and told them they had to use rotary phones! They complained and argued for two full hours. It was so sad. I really cried for them. I really did. Just kidding! I really didn’t care. It was my day.
The drive to Arecibo Observatory was beautiful. This observatory had just discovered a near earth asteroid with a small satellite orbiting it. It uses radio waves and converts them into analog signals then into digital images. The dish is 100 meters across and is the largest on the planet. It’s location is 18 degrees above the equator and provides one of the best locations for atmospheric research. I was in nerd heaven!!!!
The kids were more impressed by the fact that sight has been in three Hollywood movies. The first is called Contact, the second Golden Eye (James Bond) and the third Losers.
It was a super cool place for nerds. It’s too bad I’m the only nerd in my family. I had a million questions. I think I drove my family and the tour guide nuts? 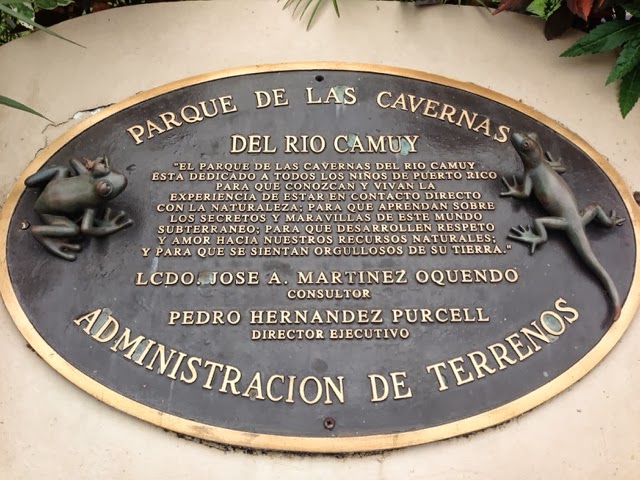 We then drove to Del Rio Camuy, Caverns. We made Elijah and Berkley sit in the way back this time. The grin on Liam’s face was like he had just won the lottery. He was so happy to in the middle row. The cavern was interesting but if you have seen one cavern you have seen them all. The tour was long and HOT!! Have you ever heard of a hot cavern? I haven’t either! I wish we would have stayed at the observatory. I guess I’ll research it over the Internet.
We left the caverns headed home with Liam in the back again. He complained the entire way home. “Can you find a few more pot holes!? Can you quit hitting bumps! Can you quit turning so much! I’m hungry! I have to go to the bathroom! Turn down the A/C.” And so on.. 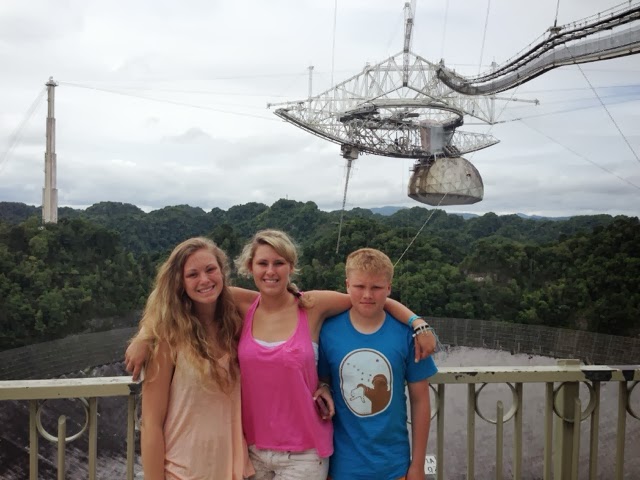 He was in a mood all day. His final act of defiance was at dinner? I asked him what he would like to eat and he said, “I CAN’T READ THE MENU!! I DON’T WANT ANYTHING! I CAN’T READ ANY OF THIS!”
By the way, we were at a Mexican restaurant. He has been eating Mexican food since he was born. In Puerto Rico the food items at a Mexican restaurant are exactly the same as in the Lower 48. Maybe he needed more sleep last night?
We had a wonderful dinner with a little extra something in my drink. A dead floating fly. I’m glad my lovely bride saved me from swallowing it. I had never even noticed the little bugger.
Overall, it was a great day for this nerd! I was happy!