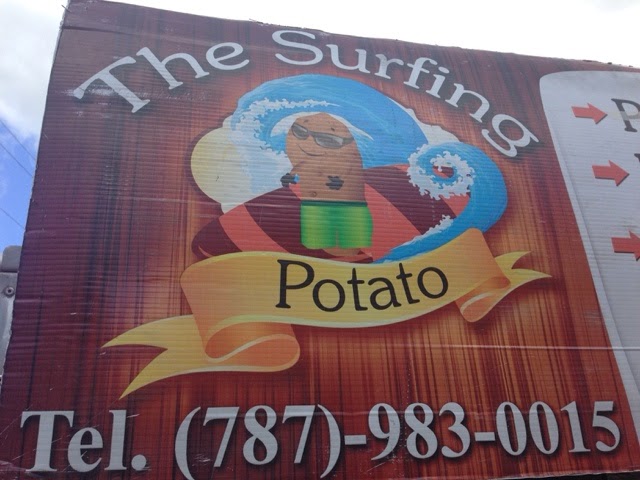 I will admit I have been a little lazy about writing on this for a while or I’m just enjoying the laid back life style that comes with living in the Caribbean. For the past few months our home has been very crowded. Berkley our oldest daughter came back home to live with us for a bit. I guess she needed a break from the college life? It’s nice to be all together again. We are back to the loud, fighting over the bathroom family of five. The funny thing about the bathroom problem is we have three and half bathrooms. Why do they all have to go to bathroom at the same time? I will never understand that…. I guess it’s like the middle seat syndrome. Someone is always too old or too big or too whatever to just to get in the car. If they can think of something to fight about they do.

Yesterday started out great. We decided to wake up early and drive to Marias Beach in Rincon. The surf was up and the beaches aren’t very crowded at that time. We arrived at 5:30 in the morning. The waves were around 12-15 feet. The riptides were so intense we decided to just watch the waves and the really crazy surfers from the cliff. It was the right decision. It was incredible how many surfers, swimmers and boogie boarders bailed and decided to join us on the cliff. It seemed our spot on the cliff turned into a support group session instead of a surf session. We then headed home to work on a few things before coming back with the entire family in the afternoon.

This is when the day got really interesting.

When we finished the chores we loaded up the car with a cooler, beach chairs, surfboards, towels, a dog and all the other unnecessary items needed to take the family to the beach. This process usually takes way more time than it should. But after an hour or so of loading everything we were ready to go.

Everyone got in their seats and buckled in. I jumped in and asked who has the keys to start the truck. Then Liam says, “I hung them up in the house.” I stuttered a bit when I said this, Umm, Umm, Why? He said “because that’s where the keys go.” That normally makes total sense but in this case it didn’t. We had just moved the truck in front of the house and had it parked illegally blocking the road while we were waiting for the rest of the knuckleheads to load up. 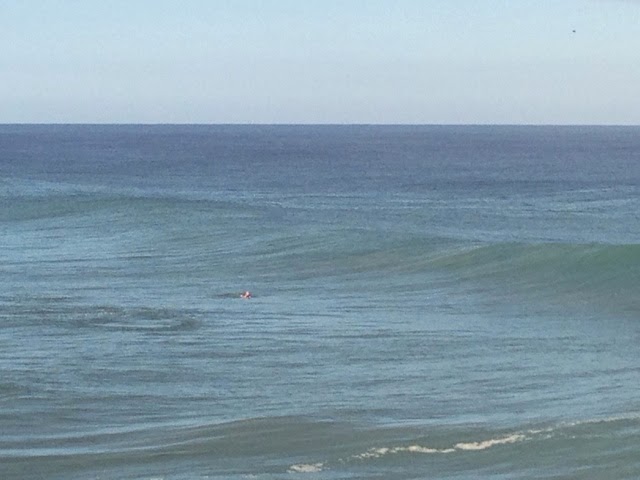 I sat there dumbfounded for a few minutes. I knew the house was completely locked up all and the keys to unlock the house were inside the house hanging with the truck keys. My more than positive bride says, “Let’s go swim in the pool Berkley should be home around 5:00 pm from work. Its only 11:30 we can spend the entire afternoon in the pool.” I was not going to do that after spending over an hour loading the car. Plus, the idea of five plus hours sitting in the back yard without beer or a mojito on a Sunday just was just not going to happen. I will not go into how we got into the house but it was not pretty. It might be time to hide a key, huh?

We finally made it to the beach around 1:00. We sat down had a beer and started to relax. Sundays in Puerto Rico are big family days. The beaches are crowded but not like Miami Beach crowded. The beaches are filled beach chairs, umbrellas, kids playing ball and just plain happy people. It is one of my more favorite things to do as I transition into being a real Puerto Rican.

As the day came close to an end I had to remind myself that soon we will be having the back seat wars again. I could hear this ringing in my head; I’m not sitting in the middle, I sat there yesterday! I’m too big to sit in the middle! And my favorite, I get cramps if I sit in the middle seat. I can only imagine what my father would have said. Maybe something like this, “Get in or don’t! I don’t care. I am putting the car in drive right now!” But the funny thing is it didn’t happen at all. Everyone got in sat down and away we went.

Did I mention that I love parenthood?