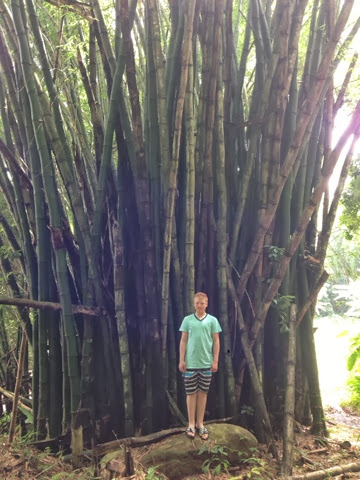 Have I mentioned how much I love Puerto Rico? Everyday is truly a gift.

We are in the middle of a banana plantation. We get to see different kinds of bugs everyday. Bugs that we never thought existed. Some of these bugs are super tiny flying bugs and drive you crazy. Others are as big as  a car. The grossest is the cockroach. They thrive here due to the high amount of rotting fruit. Its not nice to see these right away in the morning next to the bed.

We woke up late around 8:00 am and killed a few cockroaches. We then jumped in the car to look at a recently foreclosed property. After about an hour we finally found it. Again the GPS took us to the top of a mountain no where near the actual property. I will never trust a GPS again! Why do I keep trying? The house is located in a weird place. It would have been hard to make it into a home for us and needed way too much work.

We went back to the cabin with great sadness. We had really thought we could make something work with this one until we saw it. We have been living out of a suitcase for 21 days, We saw no end in sight.When we pulled in front of the cabin the kids were out front. They had made us breakfast. It was so sweet and it really cheered us up. And it was good!!! The fruit smoothie was the best.

Charlie came by for coffee and started to help making calls. His Spanish is way better than ours. He helped us find a few more places to look at. The temperature was starting to become more and more unbearable!

After breakfast Liam and I took off for the gas station. The temperature started to get into the 90’s by 10:00 am and the humidity was off the charts! We decided to head over to one of the first houses we looked at. When we pulled in front a cleaning crew was there. Liam and I walked through the entire house again.we didn’t find any cockroaches. That was it for me! I knew this was it!

We drove back to the cabin. I asked Jenn to come back out to look at that house again. She reluctantly did. After 5 minutes and no cockroaches she also was convinced and we agreed this was it. We called the realtor and closed the deal by 7:00 PM

We have a house and we have the keys!

After that super fast life changing event we drove back to the cabin.

Something really strange happens here in Mayaguez on Saturday night. Maybe in all of Puerto Rico? Everyone who owns a horse goes for a ride in the dark. They wear dark clothes on dark narrow streets. The riders met at the top of a dangerous, winding hilly roads and drink a lot of beer. No brightly colored clothes. No bright reflectors. Nothing to keep them safe from speeding cars on a Saturday night. 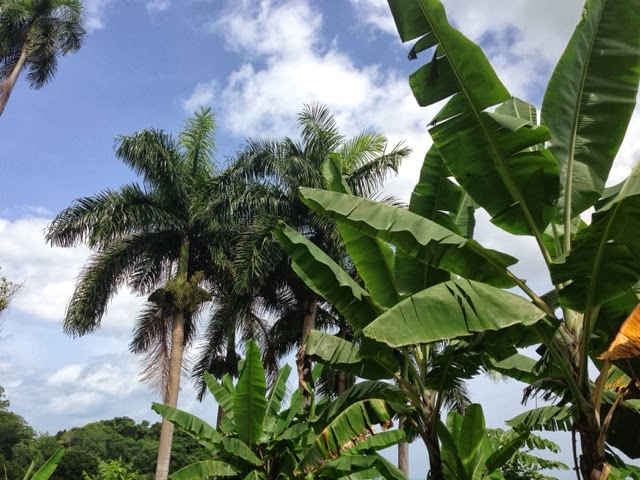 To celebrate the new living arrangement we drove to Ricon to eat at a Thai restaurant called, “Ode to Elephants.”. It was so hard to find in the dark! But after an hour of fighting each other and the GPS we found it. It’s just up the hill from the world famous Pools Beach.

This restaurant is by far one of the best we have found in Puerto Rico. The food was fabulous. Service was great! The prices are cheap. And the it has the best views of Rincon and Aguadilla.

We left Rincon headed to Mayaguez around 11:00 pm. The roads between were filled with Police, broken down cars, horses, beer cans and crazy drunks walking in the middle of the roads. It’s like a scene from the Walking Dead TV show. I felt like I was driving in a video game. I had to dodge crazy hazards, find my way in a maze of dark narrow streets and avoid the speeding and stumbling drunks on horseback.

I think from now on we will stay inside on Saturday nights with the cockroaches.

Did I mention I found a real coffee shop?

Things really are starting to turn around…