Skip to the content
Today the normal morning ritual. Black coffee, watching the sunrise, and Charlie stops by with fresh fruit. Today’s gift was plantains. These are interesting to eat. The best recipe is mashed and fried with a dash of salt and pepper.
Today we seemed to get a lot accomplished. We had an appointment with a realtor at ten this morning. She showed up at 11:15 over an hour late. We kind of knew this was going to happen. She showed us two houses. The first was five mins from my office. It was small but the price was good. The second house was huge and had a swimming pool. We liked this house the most so far.
We then headed over to the International School in Mayaguez. I was super impressed!!! The kids hated it. I think that is because they knew they would have to work for the grades or maybe the baby blue uniform? IDK, but they had many not so good opinions..
After that we ran to downtown to get auto insurance for our new truck. This was really scary. His office was in the worst ghetto in all of Mayaguez. We had to park in an area you would normally do drug deals. And then get buzzed into two separate security doors. When inside the insurance guy looked like he should be on the Jersey Shore TV Show. We made the deal and escaped unharmed in a matter of mins. It really felt like a drug deal.
We also got Duke registered with a Vet. He made fun of us because we are from an area he claims people get banished to, Kodiak. He was nice but I didn’t like his sense of humor. 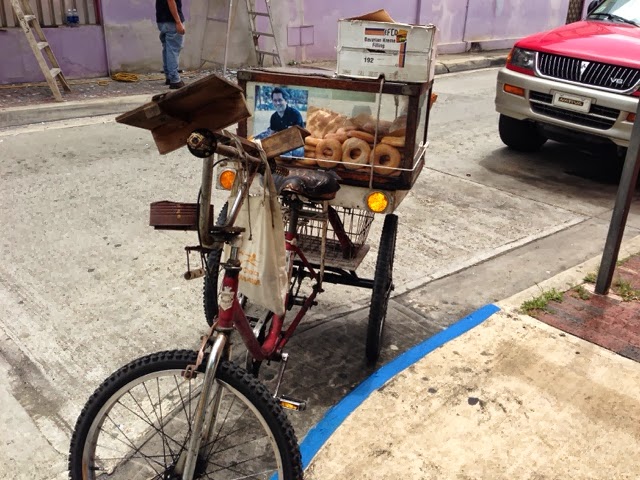 We also went to the big Mall in Mayaguez tonight. That too was an experience you would only believe with your own eyes.
Liam’s good words for the day— “Hey, that’s a donut cop!”
I will let the picture explain this comment.