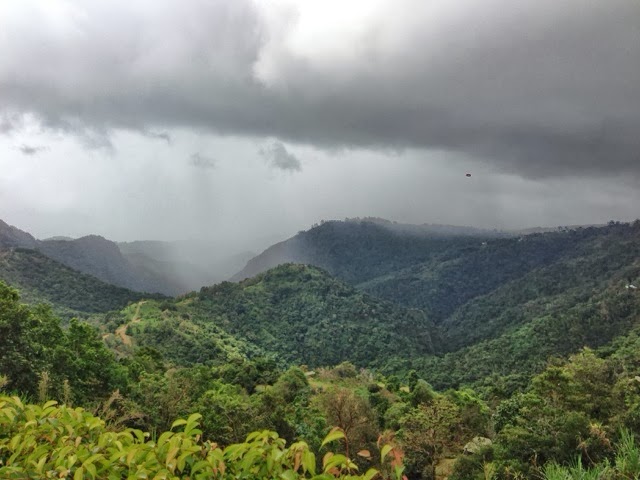 We have been here 16 days now. It was another fantastic family day with very little kid drama.  We headed for Toro Verde at 6:45 am. We knew this was something the kids wanted to do. So it was very easy to get them motivated today.

We finally arrived at 12:30 and started riding the zips at 1:30 after all that safety rule stuff no one listens too. It takes eight different zips to get to the bottom or 2-3 hours. IT WAS CRAZY FUN! 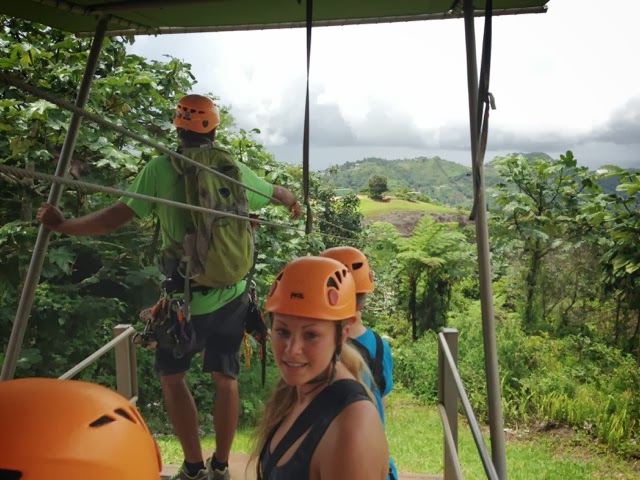 We met some wonderful people including a group of ten Hooter girls who were in our same group. Yes, the same ones that wear the super tight t-shirts with tight orange shorts. But these Hooter girls seemed smarter than the normal Hooter girls. They had come to Puerto Rico to be in a wedding party. Liam said he overheard one of the say, ” I’m so hung over! I partied all night! I’m so messed up!” She said this to a random mother of two next to us. Liam said, “that Hooter girl shouldn’t be talking like that around kids. It makes them sound dumb!”

I guess my smarter than normal theory was wrong?

The last ride of eight was across two canyons and about a mile long. We loved it. We left the park at 5:00 and headed east. This was a HUGE MISTAKE!!! We should have headed back the way we came. We ended up on the scenic tour road and at the highest peak in Puerto Rico. We could see the ocean on all sides. It was incredible. But it took us two hours to get nowhere.  We keep trying to make sense of the map but that just wasn’t going to help. I knew the GPS was useless too.

So we drove south until we hit Ponce then west to Mayaguez. Our return trip took us 4.5 hours and the popping noise started again from the rear axle. Itseems to start after the car is running for more than two hours? Turn it off for a few mins and it goes away?

Is it a lemon? Or just a normal Puerto Rican car. It works for a few hours then needs a siesta????